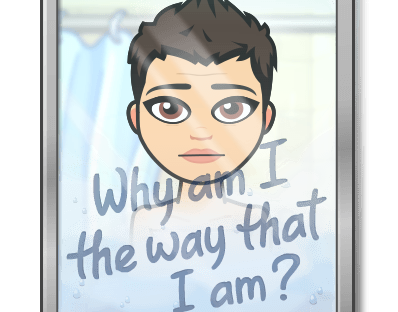 I woke up before dawn again today and started reflecting on life as I do almost every day naturally, I was still thinking about the wind-powered canoe, Hōkūleʻa, that has circumnavigated the globe. I was thinking there is no way Ferdinand Magellan was the first person to circumnavigate, there may be no records of the Chinese or Hawaiian or other people who circumnavigated first, but I really suspect they were out there. I wondered if whales or albatrosses circumnavigated and if they do it’s no less amazing because they are animals, it’s more amazing to me.

Whales usually live their whole life in half an ocean, from the equator to a pole, that’s already a lot. They have friends their whole life that they visit and are unrelated to, that’s better than me sometimes… but what if one whale just went home with its mate’s family to the other side of the world (they often meet in the middle to mate)?

I just looked up albatrosses routinely circle the globe, it can take them 46 days to do what I’ve never done. But they were made for it. That is amazing to me, imagining the views they have seen in a lifetime. They fly nearly 16093km/10,000 miles at a time, they fly for hours without flapping, they are working smarter not harder and they are doing what they were born to do.

I still struggle with “nia” (purpose), I think I am a philosopher at heart because it feels like my wings are wings of thought, it feels like my journey is tied up with ideas, understanding how the lens of the mind paints the world and is painted by it… it feels like I have one eye socially blinded and one eye open to the invisible world of internal mental architecture.

But it’s so hard for me to own it.

I grew up alone in the woods (with my family, but no other kids at all), I’ve always immersed myself in books not just reading them, I interact with ideas in many ways throughout the day, I try on some, grapple with some, stare astounded at some, sadly acknowledge some quarantining them to an area of solemn truth so they won’t make me bring down everyone’s day with a constant complaint about human trafficking or injustice.

I guess I have an idea prison.

I don’t kill ideas, but I have an island of silliness I excommunicate ideas to (mental Australia) and another island of prison (mental Guantanamo).

I was reflecting this morning one life and noticed that it is completely a natural flow state for me to reflect, and I was thinking “I am a philosopher” I don’t know if it sets me apart from other humans, or if in quiet moments we are all philosophers, but if we are all philosophers it doesn’t take anything away from me at all, maybe that’s our nature or maybe that’s my nature. But I definitely feel threatened using that word, I could say more easily I am a scholar because I went to college (even though usually a scholar has one more degree than what I have), I could say more easily I am a monk because then I’m studying someone else’s ideas in a way some religion said was okay for me to do, but to be a philosopher is to be a leader, to study my own choice of information, to choose what facts to collect, to say something without citing it, not that it hasn’t been thought before by others, but still having originally thought about it.

That is what they killed in me in school, not the ability to think, not the ability to learn and combine original thoughts, but the idea that I have the right to think without backing up what I say with other people’s thoughts or books. Often there is a truth in crowd wisdom, but sometimes it’s really, horribly wrong (the holocaust, human trafficking still going on, ext) so it’s important to know we can speak out before looking at what others are saying and even when we are alone in speaking our truth.

In matters of the heart, there are no other sources.

I can’t turn the paper in because I don’t have the three books to back me up about 1. what I was born to do and 2. who I am and 3. what my heart wants.

Lilia Tarawa gave a TED Talk about being told she was a leader and being in trouble because of it.

I’m not sure if I am a leader in the way Lilia is, but I know I am a philosopher in the same way other philosophers in the past were, driven by ideas just to watch them in their natural truth in my mind, unmotivated for a what can you do with that idea sort of goal, but not blind to possible solutions to problems. In math there is the operation, the way to use addition ext, most people use this, then there is the proof, the way to check if the math is vaild in the physical world beyond just being a social construct, some people use that, then there is theory, whatever led to the idea of the operation to begin with, that is what facinated me, not only the action, not just the shadows of the puppets, not just the puppets but the culture behind the actors behind the puppets, the mind behind the actors, the society behind the culture, the universality behind the humanity behind the culture, the physics behind the blood flowing in the hearts of the actors behind the puppets, the orbit of the Earth being tilted, causing a season, causing an emotion of joy or hope or contemplation, causing a scene to be imagined collectively, causing a crowd to gather to see it, rituals being made, neurons being formed, humans all hoping to get throught the day as best they can even though a meteor could wipe out the planet with greater likelyhood than someone winning the lottery…

Lilia Tarawa grew up in a cult, in New Zealand, I grew up in a larger cult called “America,” I’m not trying to dismiss in any way her difficulties or bash the US, I just am unable to not see it as also a cult anymore.

One of the things she hated about the cult is that they hit children with rulers, that is still legal here in the southern states and still done in schools, at homes it is legal to hit your children at home any way you want as long as it’s not considered excessive. When I was a child I thought it was illegal, but as a parent, I looked into all our state laws and found our state make almost no absolute laws, no law about when to leave a child at home, how far they can be from a parent, what age they can walk the city alone, it’s left to our discretion legally, but law enforcement will respond to complaints and other people will complain so parents and children have a limited freedom based on arbitrary people complaining… other people’s thoughts and opinions really infringe on us and also us on them, it’s like a sandpaper that grinds all of us here in California. So many different people live here, it can be beautiful, but also very annoying. Like the man who doesn’t want me to breastfeed where kids from school can see it, the state says I can, I say I can, I don’t have a problem with the law, but I do have a problem with him, he makes me uncomfortable arguing with me that I am undecent when neither my moral code nor the law says I am, attacking my value system in front of my kids as I am also in a way attacking his value system in front of the kids he wants to protect. We live so closely packed that we all get emotionally bumped, though physically we don’t yet bump here. It’s very unpleasant. I know because I also live in Hawaii half the year. So I have room to breathe half the year and live in a concentrated dense urban area the other half. I notice many people are better able to think, be polite and live respectfully in less crowded areas, I think we are always at the point of frustration when we live in a more crowded area then whatever our personal ideal is.

Rats start eating each other when the cage gets too crowded, box with fists when it’s a bit crowded (and form a loving family group when there is enough room. I don’t know if people are like that, but I know I am like that. Maybe other people can thrive in the city better than I can, but it’s hard for me. This is not an excuse for me not trying to have a good attitude, this is just me noticing the truth about myself to then combat the unease as best I can.

Lilia Tarawa’s video about her life and upbringing has always stayed in my heart as a story of a woman who was a leader, even if I am not meant to be a leader, I feel like I need to have the basic operations of leadership to live a good life and run the family that I don’t want to be in charge of (but my husband won’t be in charge of)… in life, I would imagine that we all need a leader, but I’ve seen a lot of poor leadership. I wasn’t a born leader, I was born solitary, I liked my family, but naturally went off into my own space the majority of the time, same with school, I made friends, but spent recess solitary enjoying the grass, rocks, feeling of imagining the Earth rotating ext. Whatever small amount of leadership I had, was also crushed, I was someone born without too much leadership and then having had that successfully crushed it’s going to take a while to get the leadership part of my brain out of prison and rehab it.

Here is to Lilia Tarawa and all good leaders of the world, big and small, children and adults, men and women.

Lilia’s story is a metaphor for all of us learning to be adults and put the limiting parts of childhood away as we grow to be the leaders of our own life, as well as a difficult, but beautiful story in and of itself: youtube.com/watch?v=qS7mBbXxJYA

Thanks for joining me on my journey this year! 🐒