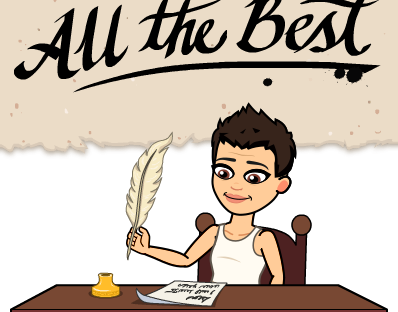 In ancient Greece in Stoic philosophy there were three levels of learning a new concept.

The first one an upside down hand open palm up, willingness to entertain an idea with an open mind.

The next a closed hand (holding onto that idea).

The third the left hand holding the closed right hand guarding the idea.

In martial arts (Kung Fu) holding the left hand over the closed right fist indicates “I come in peace” before a friendly sparing match.

It’s interesting that it’s the same gesture, I have no proof, but I feel that the came from Greece and transformed along the way.

Most martial arts seem to come form Greece, the statues of the Buddhas have curly hair as a stylistic influence of the Greek sculpture. Amphora (vases) from Greece have a lot of “modern” MMA moves such as arm bars.

A lot of ideas have moved from China outwards, printing press, gun powder, silk, many things, many out of Africa math, cooking, weapon making, art, dance, music, many out of Greece Pankration (a wrestling style), Stoicism, some out of the U.S. computers, Ireland toilets, Egypt beer, but it seems that when ideas are moved outside their origin is often when they transform to the next level.

Also sometimes something good is lost in translation.

Spring came early to our area this year, and all spring I’ve been thinking about creativity (kumba). It’s something so universal as a child and so rare as an adult.

The very successful often posses creativity, because the right mix of creativity is an advantage, but the wrong mix can also be crippling.

It’s like poison, used “correctly” for medicine or hunting it saves lives, used “incorrectly” it costs them or fails to work.

These past 14 days I’ve been writing for an hour each day, getting interrupted a bit and going back to writing just fine, I thought that was impossible.

Writing is such a flow state for me, at least free writing, that I find I enjoy it more than a movie and maybe close to how much I enjoy reading.

But writing isn’t the same as completing a project, the way I’ve been writing is like an extension of thinking, but it’s still different than completing projects.

There were so many fears I found to be unfounded this past two weeks, fears of time management, fears of ethics, maybe of my capacities, I don’t know why after being able to write for so long throughout a lot of academic years I began to wonder if I could write or not? I don’t know when my doubts started growing, but I do find that working on a challenge that was scary for me did instill a respect for myself that had been diminished somewhere along the way.

Committing to writing this past 14 days brought me into a kind of magic that increased my trust in myself. I am most often calm, when I did feel fears it was almost refreshing, because I’ve been so unhealthy in repressing my feelings that I’ve gone years without a high or low.

I broke down in tears today, my husband had criticized me for writing too much and it was painful, because it was very unexpected after a few months of him being very encouraging about me writing.

I actually asked if he was joking or being mean and he admitted he was being mean. I told him it was like him encouraging me to grow seeds and then stomping out my little sprouts (our daughter has tiny flower sprouts we moved outside today) he understood only after that metaphor and apologized.

Conflict isn’t as bad once you have some kind of conflict management skills and resolution doesn’t take much time and effort.

I think only from writing more was I able to re-frame my thoughts in a different way as easily as I did and therefore be able to communicate better to my husband. That’s defiantly a good thing about this process.

I told my husband that I could easily not care what he said, but in doing so I also didn’t care about him, if I am open and trying to care for him than I also am hurt by him putting down me trying to improve myself.

The same thing has happened every time I improve myself in any way.

After both my babies my husband encouraged me to workout, but once I did, he discouraged me. In the past he would deny being mean and I felt insane to think he was being mean when he said he wasn’t. I’m grateful that he was honest today.

Even cruel honesty is better to me than nice lies, because when you face one reality and are told of a second it makes you doubt your sanity.

I’m glad that I so soon recognized that this is a pattern, it probably has to do more with my husband than me, and also I realized something about myself I never had.

I can easily not be affected by most people, because I tend not to allow most people into my heart to begin with.

Possibly because my mother left me, it never hurt me, I never let it, but it did handicap many parts of my personality.

For me, most of my life, I never let people in, so they never bothered me, but also I didn’t benefit from crowd wisdom, solidarity, camaraderie, love.

I was in my own side, in the middle there are a lot of valuable skills to learn, not only networking for money, EQ for healthy relationships and therefore good healthy in general (physical health is partially social health), but many things integral towards really being a human being.

Like emergent properties of water being different than hydrogen and oxygen, we in a group or groups have such capacity for evil or greatness that we don’t have as individuals.

To stay in your side of the circle, it limits everything you can do, it’s fine to reflect there, to be there, but if you stay there it’s like living in a cave with a beautiful world just outside.

I suppose it doesn’t matter how many times you say something or how loud or clear you say it until the person you want to understand you is able to understand you. That clarity exists in the transfer of the idea, not in how polished the first person feels there words are.

When I felt I lost my husbands support I was still very driven to continue writing, but I was so hurt by the idea that I had been wrong all the days I thought he had supported me. I was mostly hurt by the thought I couldn’t trust my interpretation of reality, afraid that we are all islands that can never be connected.

To an extent we have relationships with ourselves, at the same time and call it friendship or marriage, but I believe there is something real, something shared, and that something is the source of the difficulty, but also the beauty of relationships.