My favorite writer died last year in September. But I found out today.

I can’t remember being sad in September when it happened.

I was a bit stunned today, it’s hard for me to imagine a world without Terry Goodkind.

I woke up early and was thinking of treating myself to a new book to read just for fun, something I don’t do often.

Since I’ve been 16 or so, 19 years… I’ve been reading his books, and they were my favorite.

I didn’t say that often because they are fiction and fantasy, I think a lot of people judge readers of fiction, that we are people who can’t handle reality, who escape into books that are similar to other books, just to escape having social skills and living “a real life”… And even when I do read fiction, I’m usually reading scifi, because there seems to be more.

Sometimes life is too painful to enjoy, it can be tolerated, but it stops being enjoyable. I guess books at times are my painkillers, because most of my pain is mental.

But there is something magical about books, the same way there is about gardens, or antiques, or paintings, or wine, or anything else.

Just the smell of books gives me hope life might be worth living.

Just a new book gives me hope, I may still become a better person, or find my long elusive purpose for being born and place in the world.

“To exist in this vast universe for a speck of time is the great gift of life. It is our only life. The universe will go on, indifferent to our brief existence, but while we are here, we touch not just part of that vastness, but also the lives around us. Life is the gift each of us has been given. Each life is our own and no one else’s. It is precious beyond all counting. It is the greatest value we can have. Cherish it for what it truly is . . . Your life is yours alone. Rise up and live it.”

Terry had a kindness that came through in his books, and an anger at life wasted. I never met him. I don’t know if I would have enjoyed meeting him or not. Without meeting him, he was a hero to me, if I had met him, he might have been a man.

When Stephen Hawking died a few years ago, I was sad, pretty sad, because he had always uplifted me. Someone struggling harder, but doing more, and with a smile and a joke, and time to encourage others. I guess that’s an English upside to offset the downside that if you don’t keep an eye on them they may colonize your homeland…

I felt silly with Stephen to grieve someone I didn’t know, though people do it, I still felt silly. But perhaps that is what was meant for humanity before it got too large.

I live in the US, it’s a big country, when I lived in Chicago I walked past homeless people’s frozen bodies downtown in order to get to my work. Before I could think about how I felt about it I absorbed the general vibe, which was a neutral vibe… as many people hated the homeless as were sad, and far more people felt nothing, because the homeless “people” weren’t people in the way they should be…

That’s normal that because you can’t process thousands of people mentally, they stop being people, it’s a normal part of city life. Then is city life even a life at all? If people stop being people to you and you to them?

My Mental Theatre: “Death of a Favorite Writer” 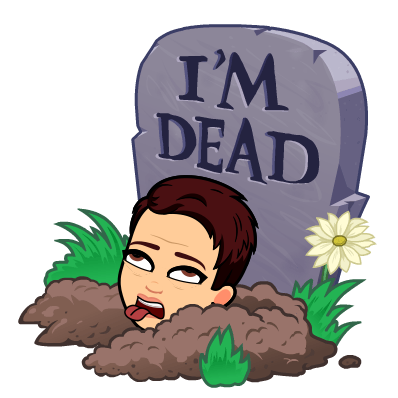 I’m still going to miss being able to pick up a new Terry Goodkind book when I have $8 and the freetime to invest in a new book, I think I will always miss that. Seeing what new stuff he was up to was always worth the price of the ticket, though sometimes it was $24… His best and his worst books were still better for me than reading Robert Jordan, or other books in my preferred aisle of the book store.

I’ll still miss Terry, who I never met, but I know he would have wanted me to take actions towards a better world, rather than griping or sulking, that really seems to be who he was. The actions he took were sometimes written ones, sometimes deep thought, sometimes building, racing, regular actions, but he seemed to be a man of quiet but constant action and perhaps a big part of me is a kindred soul to that and the loss of any of us hits home with me.

It’s hard to transition from thinking about his death September 17th, but when someone dies, its a time to think of their life as a whole, see what can be learned or borrowed to help me on my journey… time to salvage the corpse for valuables (metaphorically). I know Terry was a fan of Ayn Rand’s philosophy of objectivism.

When I’m ready I’ll have to take a stoic vacation to objectivismville and see what’s there for me.

Terry Goodkind’s Wizard’s Rules (Used to Be on His Site, Which is Now Gone):